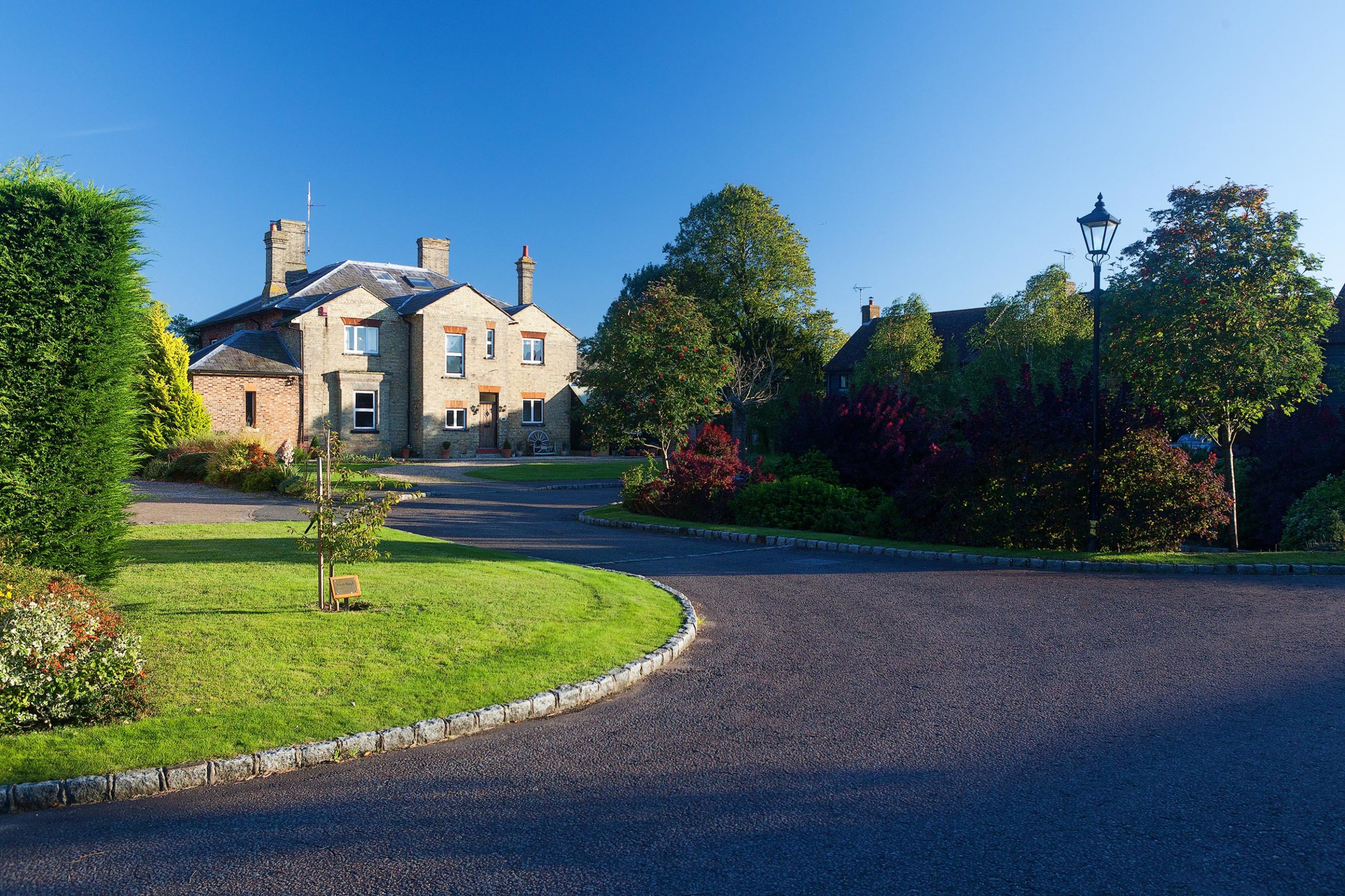 Grove is a tiny settlement in the north of the Parish. It is distinct as a village because it had its own parish church. The place name is self-explanatory, meaning a ‘grove’, or copse of trees. It was recorded in the Domesday Book of 1086 as Grova, and was considered a separate village even then.

In medieval times there was an abbey or priory of nuns in the Parish, founded in 1169 by Henry II and attached to Fontevrault Abbey in France. Following the wars with France it was given to the Dean and Canons of Windsor. The remains of this abbey were fully excavated in the late 1960s just before being lost forever as a result of Leighton Buzzard’s sand-quarrying industry. It has been suggested that before this Grove may once have been an important place of worship in even more ancient times, thus leading to its eventual establishment as a separate parish. The parish church was dedicated to St. Michael, the dragon slayer. There was also, in addition to the priory, a house of Cistercian monks subordinate to Woburn Abbey.

Grove Church was converted into a small private house in the late 1970s. The space that has become the sitting room of the house has gained a macabre reputation. A myth persists that a medieval human skeleton is preserved beneath a glass panel. The skull is said to be surrounded by the skeletons of small birds which were thought to have been put there to ward off evil spirits. It is not known whether such a skeleton ever existed although the Christian church, in medieval times, was surprisingly tolerant of such ‘white magic’.

Part of the churchyard containing the newest graves was retained by the Church authorities, after the building was sold. It remains today but is closed for further burials.

A large farmhouse dominating the village was turned into a Victorian Gothic mansion, complete with clock tower, in the early 1960s. It was then the property of the Shand-Kydd family. The house overlooks and indeed is a landmark for the boats on the Grand Union Canal which runs through the centre of the settlement. A former lock-keeper’s cottage at nearby Grove Lock was, in 2001, converted into a public house and restaurant. More recently a marina for around 50 boats, and a caravan and campervan site have also been developed. 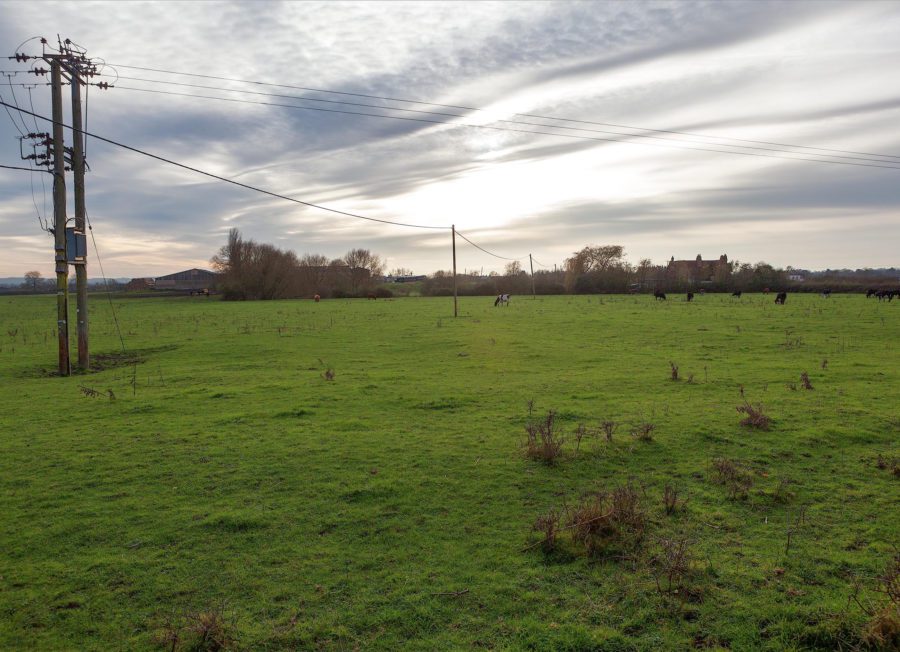 Horton is a common English place name. It derives from the Old English horu ‘dirt’ and tūn ‘settlement, farm, estate’, presumably meaning ‘farm on muddy soil’. The manor of Horton was held, after the Norman Conquest, by the de Brocas family.

The hamlet is very small, but a number of modern houses have been built. Brocas Way, echoing the name of the earliest known land-owner, is a small close of chalet bungalow properties built in the 1970s.

Set back from the road, in ‘grounds’ rather than on a ‘plot’ on the west side, and therefore not visible, is a moated farmhouse, Horton Hall.  Horton Hall is a large farmhouse with 18th-century origins. It is probably on the site of the original manor or hall. It was the home of William Shand- Kydd, a charity fund-raiser, and former champion amateur jockey, who bred horses on the adjoining farm.

The Grange was built in the 1970s, originally as an estate manager’s house for Horton Hall.

Historically, Horton had a Wesleyan Chapel, now converted to a residence.

Two 16th-century half-timbered cottages remain in the village. King’s Head Cottage, was formerly an inn, as the name suggests and Lanthorn Cottage, a renovated Tudor hall. 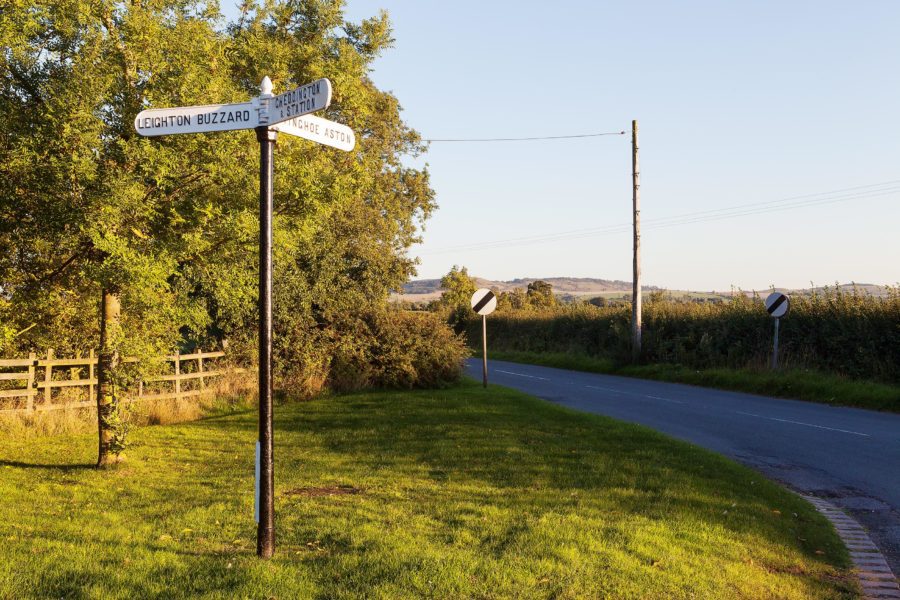 Slaptone was recorded in the Domesday Book of 1086. It once belonged to a convent in Barking, Essex before the manor became property of the Earl of Bridgewater.

The church, dedicated to the Holy Cross, is of plain design with tower, nave and chancel. The chancel is probably the oldest part of the building. The church yard contains many memorials to the Turney and Buckmaster families. The Turneys owned most of the land but sold a sizeable portion to the Duke of Bridgewater in the 18th century.

The “Carpenter’s Arms”, once a public house, is one of the most attractive buildings in the village. It is a half-timbered construction, begun in the 16th century, under a thatched roof.

The village contains one or two older cottages such as “Woodgate Cottage” and “Chiltern Cottage” from the 18th century.

Many of the older properties in the village were probably built by the Buckmasters, a prosperous farming family who were tenants of the Bridgewater estate. The Buckmasters owned land in the west of the Parish, but rented Slaptonbury Farm from 1810.

The village hall, named in memory of Elizabeth Griffin, was built in the 1950s, on land owned by the Church. The fundraising was done by the village, and their efforts were matched by the Griffin family, who bought Bury Farm in 1924, enabling this essential village asset to be constructed.

The original Church Farm occupied the land on which Tornay Court now stands. Church Farm had remained in the ownership of the same family since 1086, having originally been given to the de Tournai’s by William the Conqueror. The family survived in Slapton, spelling their name in various ways, until the death of William Turney in circa 1975. He was childless, so the farm was then sold out of the family for the first time in 900 years. Church Farm buildings were moved to their present position further out along Church Road, and Tornay Court built.

The village once had its own water-powered mill for grinding grain, Slaptonbury Mill; the ruins of this were not finally cleared until the 1980s. There is a legend relating to it. The ghost of a young girl is said to ride through the village on her pony from Slaptonbury Mill to a farm on the other side of the village, sent on an errand to the mill by her father. Both she and the pony are reputed to have drowned in the flooded mill stream, and still today she attempts to return home! The hooves of the pony are said to be heard during the hours of darkness only. Bearing in mind how many enterprises of an equestrian nature there are in the area, one might suppose there is a rational explanation.

Whatever the origin of the legend, the mill stream is certainly prone to flooding. All the land at that side of the village, including the paddocks now associated with Bury Farm Equestrian Centre were, in the 18th and 19th centuries, known as ‘The Fens’. Aerial photographs show that there is likely to have been a sizeable settlement probably pre-dating the medieval period on the land adjacent to the mill.

The Parish today has a thriving community, with some local employment, a pub, a marina and camp-site, a haulage depot, a ‘glamping site’, a very successful Equestrian Centre and a number of farms. However, children must travel elsewhere to school, the nearest primary school is in Cheddington and the nearest secondary school is in Wing. Buckinghamshire retains grammar schools and the nearest of these is in Aylesbury some 11 miles distant. The nearest shops are at least 2 miles away.